A Night Out – Come snowboard with us at night! 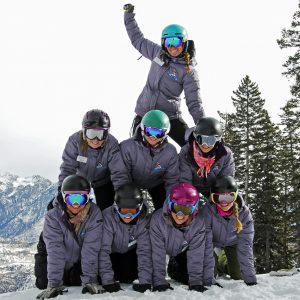 Dates To Be Announced

SheRide Snowboard Camp is an all women’s snowboard camp. But it’s so much more than that…

The skills acquired on the mountain are transferred to life experiences off the mountain. SheRide Snowboard Camp is a community of women who support each other on and off the snow. SheRiders are encouraging, uplifting, and there for one another when things get tough. Because of this unity built here, SheRiders build lifelong friendships at camp and stay in contact with each other year after year. SheRide Snowboard Camp is a united community of women on and off the mountain. The SheRide culture is valued, cherished, and honored.

We hope to provide community connections on and off the snow. This is a place to check in and see what we are up to. Join us and the #sheridetribe.