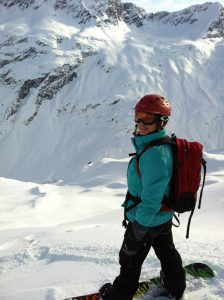 “Because of SheRide I found the most supportive and strong women. I have made life long friendship through SheRide.” Amy Barrali

SheRide Snowboard Camp is a community of women who support each other on the mountain and off the mountain. SheRiders are encouraging, uplifting, and are there for one another when things get tough. SheRiders will be next to you as your making your first turns, dropping into your first black run, or sending it off a jump. SheRiders build unity and support systems on the snow and create a bond that they take off the snow to apply to life practices. Because of the togetherness built at SheRide Snowboard Camp, SheRiders create lifelong friendships and stay in contact with each other year after year.